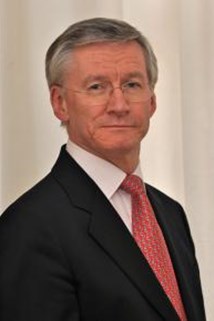 Stewart Irvine graduated in Medicine from the University of Edinburgh in 1982, completed his MD in 1988, and completed postgraduate training in obstetrics and gynaecology in Edinburgh and Aberdeen. He held academic training posts in the Universities of Edinburgh and Aberdeen, followed by a clinical consultant post within the MRC Human Reproductive Sciences unit in Edinburgh, with clinical and research interests in reproductive medicine – particularly issues affecting male reproductive health.

Held posts as RCOG College Tutor and Regional College Advisor before assuming the responsibility of Associate Postgraduate Dean in South-East Scotland Deanery from 2004. Became deputy medical director of NES from 2008, with responsibility for the quality management of postgraduate medical training across Scotland, and for the performance management of the Medical ACT funding used to support undergraduate medical students in clinical placements.

In 2012, was appointed as Executive Director of Medicine for NHS Education for Scotland – a special health board responsible for the education and training needs of all staff groups within NHS Scotland. As a General Medical Council (GMC) Associate, he sits on the GMC Quality Scrutiny Group, and has been extensively involved as a GMC Visitor to medical schools and postgraduate deaneries elsewhere in the UK. In 2013 he was awarded an honorary Professorship by the University of Edinburgh, and Honorary Fellowships by the Royal Colleges of Physicians and of Surgeons in Edinburgh.